Mr. Nehra is an Attorney in private practice in Muskegon, Michigan. He is one of a very few attorneys nationwide whose practice is devoted exclusively to direct selling and multi-level marketing issues. His 46 years of legal experience includes 9 years at Amway Corporation where he was Director of the Legal Division.

Have counseled and testified on many legal issues of direct selling, including comprehensive evaluations of business plans, and whether they meet the legal standards established in the landmark FTC v. Amway case and cases which followed. Have analyzed in detail the differences and legal significance of plan design, controlled by the company, and plan implementation, where distributor conduct is often the challenge. Gave testimony on direct selling legal issues in Herbalife v. McCormack, Dunda v. Mary Kay, Florida v. P.R.S.I., FTC v. Trek Alliance, and International Galleries Inc. v. LaRaza. 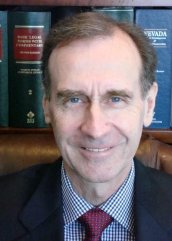 Richard W. (“Rick”) Waak has been working as a lawyer in the field of network marketing and direct selling for more than 30 years, including more than 20 years as in-house counsel to some of the most prominent companies in the industry, with much of that time serving as chief legal officer. In 2001 he began his private practice, and soon renewed a collaboration with Gerry Nehra first developed in the 1980s while at Amway. In 2006 he began serving as Of Counsel to the Nehra Law Firm, and he is now committed to supporting this firm’s clients as a Member of the renamed firm.